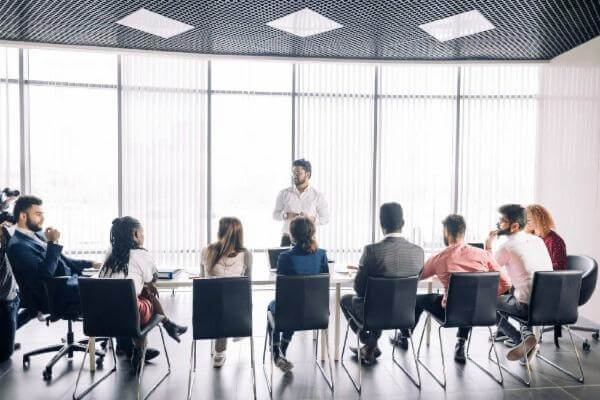 There are many ways in which unconscious bias could be inhibiting your organisation’s potential growth and revenue streams; but this is where you’re thinking about unconscious bias all wrong. Identifying these growth areas can be hard especially if you don’t know which areas of your organisation are most likely to be affected. Unconscious bias has been proven to negatively impact innovation and creativity. Innovation and creativity thrive in spaces where various ideas are considered, critiqued, and improved upon, in an unbiased manner, with the end result being something that is truly beneficial for the business giving it a competitive advantage. Unconscious bias can inhibit this process leading to groupthink and echo chambers where potentially good ideas don’t get heard.

Unconscious Bias Training providers and courses can identify which areas in your business are most affected by unconscious bias, and where you can take appropriate measures to mitigate it and ensure that your business’s potential for growth is maximised, and not hindered.

Unconscious bias can affect your recruitment and hiring process by reducing the talent pool you’ll be able to hire from, meaning you could be missing out on hiring the most talented candidates without even knowing it. There are many different types of unconscious bias that could be affecting your recruitment process, such as the horn and halo effect, perception bias, affinity bias and confirmation bias.

Unconscious bias can also have detrimental effects on your employee’s mental health and well-being, causing talented employees to become disgruntled, anxious and in many cases depressed, which results in them finding work elsewhere. In turn, this leads to higher employee turnover and increased recruitment costs. As well as this employees who experience workplace bias also experience reductions in motivation, innovation, and productivity.

An Unconscious Bias Training provider can teach you the various different types of unconscious bias that exist within the workplace, all so you can gain a better understanding of the types of challenges that need to be addressed.

In recent years there have been many high profile cases of discrimination and cultural insensitivity within highly regarded companies such as Starbucks, Ikea, Amazon, Disney, McDonalds etc.. These incidents sparked widespread condemnation, boycotts and lawsuits which cost those companies thousands, and in some cases, millions in revenue and settlements. Furthermore companies that are believed to have problems with unconscious bias and a lack of diversity become less attractive to job seekers. In particular with younger generations that value equity, equality, diversity and inclusion.

If you and your organisation want to do more than just tick boxing. Take a look at our live online Open Unconscious Bias Training Courses, which are catered towards individuals who want to increase their own awareness, understanding and action around unconscious bias.

Any form of discrimination is legally indefensible regardless of whether it’s conscious or unconscious. As mentioned in the point above discrimination lawsuits can end up costing a company thousands in legal fees as well as damaging the company’s reputation. One company that found themselves in this situation was McDonalds, where a 1 billion dollar lawsuit filed against them for racial discrimination by 52 black franchisees whose accused the company of pushing them towards buying stores in less desirable neighbourhoods. Which led to them being accused for the lack of performance of the stores, amongst other accusations of unfair treatment.

An Unconscious Bias Training providers can help you understand the law regarding discrimination as well as identifying the types of unconscious bias that could lead to lawsuits, so that you can take the appropriate avoiding action.